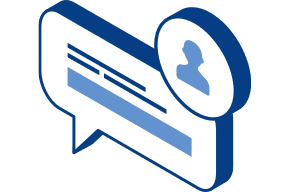 Today, with almost USD 3 trillion in trade receivables insured and billions of dollars worth of construction, services and infrastructure guaranteed, ICISA members play a central role in facilitating trade and economic development on all five continents and practically every country in the world. ICISA promotes sustained technical excellence, industry innovation and product integrity, as well as solves business problems generated by legislation.

ICISA represents the interests of its members by facilitating an open exchange of information and ideas, while representing the interests of the trade credit insurance and surety bonding industries to international governmental, supervisory and regulatory bodies.

ICISA plays a vital role advising and educating international and multinational authorities and organisations on issues related to credit insurance and surety bonds.

Over the years ICISA has changed together with the industry it represents.

After a long period where players focused on developing their national markets, the opening of national economies lead to consolidation as well as expansion into new markets. These changes and the emergence of global players have had a profound effect on the Association’s focus and how it operates. An increased interest from an external audience in our industry over the past years has given trade credit insurance and surety more prominence than ever before.

Following ICISA’s intensified advocacy activities international supervisory and regulatory bodies now seek ICISA’s views on topics such as Solvency II, accounting standards and government involvement in the sector. Today, more than ever before, ICISA’s committees and working groups are the engine of the Association.

This is where industry concerns are reviewed, problems highlighted and issues discussed in order to represent the members interests towards the identified advocacy target organisations.

The name was changed to International Credit Insurance & Surety Association in 2001, to reflect the fact that more than half of its members are involved in the underwriting of surety business. Today, the Association has members located on all five continents. This spread and internationalisation of trade credit and surety insurance has in turn made a substantial contribution to professionalism in the conduct of more effective and efficient domestic as well as export trade. From its inception until 1999, the Association was based in Switzerland, where it is still registered under the Swiss Civil Code.

From 1999 until 2003 the head office of the Association was based in London, where it shared its premises with the Berne Union, an export credit and investment insurance association. In 2003 the Association moved its Secretariat to Amsterdam. Since its inception, the Association has been managed by a Secretary or Executive Director: